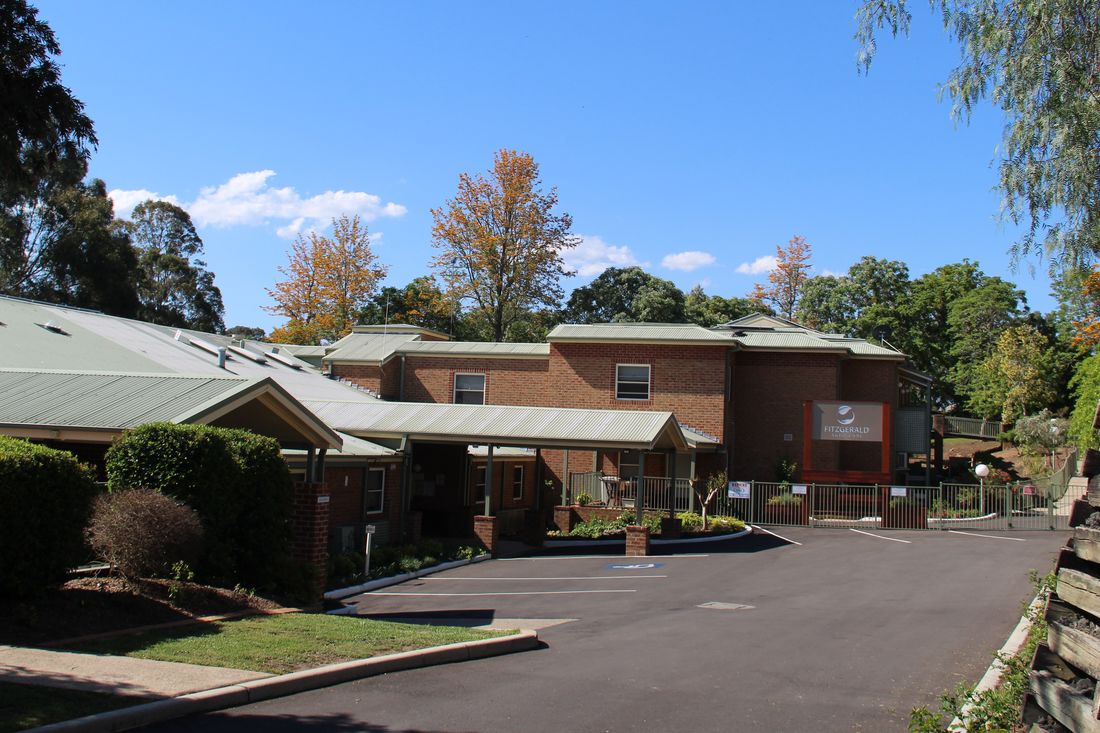 To be the choice for Hawkesbury families for aged care in an independent, not for profit environment and where the importance of dedicated professional care for residents is a priority.

Philosophy
To provide quality residential aged care and services to older people in a safe, comfortable, homelike and welcoming environment where each resident feels that they belong.

Culture
• Appreciation and acceptance of the wisdom and life experiences of our residents
• Respect and fair treatment of all within Fitzgerald
• Pride and enthusiasm in our service
• Strong communication with residents and their families
• Investment in learning, training and employee knowledge
• Any profit is returned to the facility for the benefit of the residents and their families
• Appreciation of the identity, culture and diversity of all of our residents, family members and staff

Our Board was established in November 1994. We are a not-for-profit community organisation and a registered charity. We meet monthly or as required to ensure we are identifying and meeting the needs of residents. Our objectives are to make decisions in the best interests of the residents.

Here at Fitzgerald Aged Care, we have a very long and colourful history, with our origins starting back in 1818. Our facility today is in fact the last remaining part of the Hawkesbury Benevolent Society, which was formed in that year at a public meeting. The principles of forming this organisation were to provide self-help and philanthropy for the aged, sick and work less with volunteer and charity work being at its core.

As they stated, 'the sole object of which shall be the support and relief by voluntary contributions of all real objects of charity in the Hawkesbury district' and 'for the relief of such poor persons belonging to the district as through age, accident or infirmity (who) are unable to support themselves'.

The following year in 1819, Governor Lachlan Macquarie recognised the organisation and granted land to the Hawkesbury Benevolent Society, which was used to run cattle and provide income. People donated cattle and this became the major source of funds for the first 45 years. Other income came from donations, subscriptions, church collections and fines from police officers and magistrates.

At first, the Society provided food and clothing to the poor. In 1832, an asylum for the poor was established in a house. In 1836, a two storey brick building was erected in Brabyn Street on a one acre grant, called 'a Home for the Infirmed.'

A local man, by the name of Richard Fitzgerald, passed away in 1840 and in his will, provided an annuity of 50 pounds to the Society. This was carried on by his son Robert and grandson Robert Marsden. It was finally paid out in 1875 as a lump sum of 1200 pounds. This was invested and finally spent in 1946 when the Society built a nursing home called Risbey House.

However, still back in 1846, the Society was given the old convict hospital in Macquarie Street Windsor along with a grant of 20 pounds every year to care for the sick. This was used at first to house asylum inmates on the ground floor and the sick on the first floor.

The Benevolent Society and asylum continued to grow, with more medical staff, nurses, a

Superintendent and finally a 'Nightingale' trained nurse as a Matron. In 1909, a major redevelopment of the hospital was opened and the patients were housed in this asylum while the refurbishment took place.

In 1914, the old asylum was demolished and a new wooden building erected. The Minister at the opening suggested changing the name of the asylum to 'Home for the Infirm.' In 1959, this was changed to Fitzgerald Memorial Hostel to honour Richard Fitzgerald who was the largest ever donor to the Society.

The Hostel stayed the same, with a large day room, kitchen and dining room and separate male and female dormitories. The hospital enlarged and added buildings as well as modernisation until 1986 when the hospital was completely taken over by the Department of Health.

In 1989 the Wentworth Area Health Service closed the Hostel as a fire hazard. The hospital was also closed when a new private hospital was opened in Windsor.

The Hawkesbury Hospital crisis committee, which had been formed in 1984, applied to open a hostel. The site was purchased and the present hostel built with $400,000.00 from the sale of the old hostel, a bequest of $250,000.00 from Mr and Mrs Wymark and a $2,400,000.00 grant from the Commonwealth Department of Human Services and Health.

In November 1994, the present Fitzgerald Memorial Hostel started with an official opening ceremony occurring in 1995, providing 40 residents with a separate room, en suite and kitchenette as their accommodation.

On 18 March 2009, we became a company limited by guarantee and from that day became known as Fitzgerald Memorial Aged Care Facility Limited.

The last major expansion was finished in 2006 when 8 more beds were added, along with extra office space, a new kitchen, an extra dining area, a larger sitting room, a quiet room and a laundry were all added. We are currently working on plans for future development of the site.